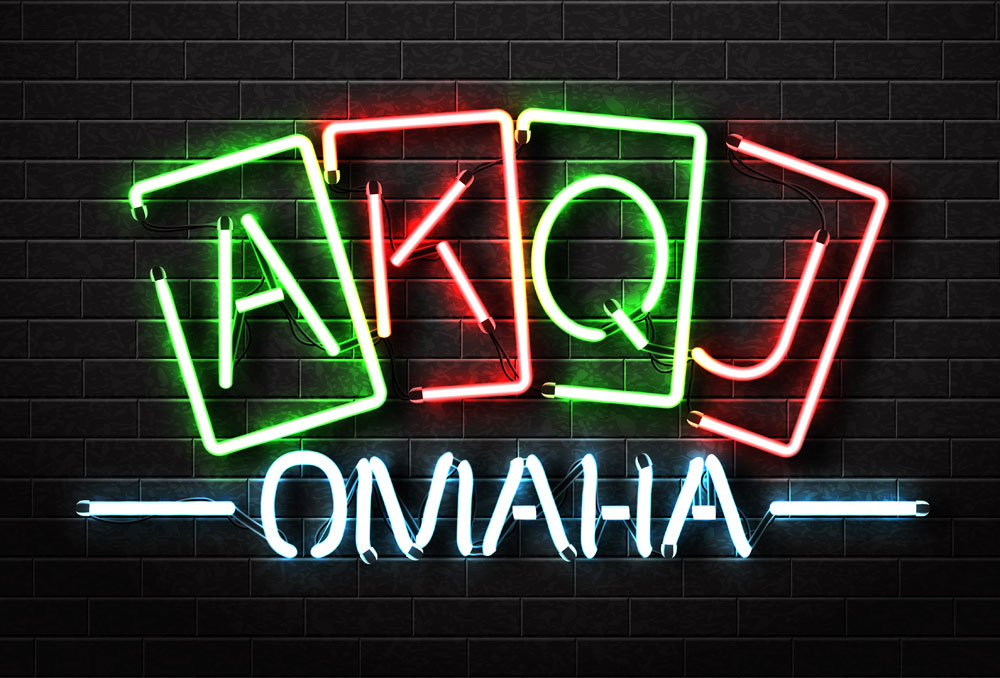 Poker is just as much a game as it is an art form. The ability to build up a sound strategy will make all of the difference in the world between a rewarding experience and a consistent state of frustration. Omaha poker is arguably the most common variant and it is popular within many online casino rooms. If you ever expect to rise above your competition, it is critical to understand the basic rules associated with Omaha Hold’em poker. Still, it is equally wise to pick up some expert tips along the way. We will cover both of these points within this article so that you can become fully immersed within such an exciting game.

The main goal behind Omaha poker is to create the most powerful hand using the cards that have been dealt. Each player will be given nine cards (five community cards and four “hole” cards). From this selection, he or she must aim to develop the best combination. The key is that they will need to choose from three community cards and two hole cards (five cards in total). These rules are just as applicable in relation to Omaha hold’em online as they are when referring to a game within a physical casino.

Omaha Hold’Em Poker: What Actions Can the Player Take?

Let’s now assume that the player has obtained all of his or her hole cards. There are six primary actions which can be taken and these will obviously be based off of the strength of the hand:

Going all-in is associated with a no-limits game or in the event that the player does not possess a sufficient number of chips to perform other actions such as a raise or a call. In this case, all of the chips will be placed near the pot (but not in the pot). In the event of a win, every other player will offer up an equal value of his or her chips to the victor.

Those who feel that they have a good hand can choose to raise. A raise is associated with placing an additional amount of chips into the pot. Competitors will be forced to do the same and if not, they must fold their hand.

A call is placed in order to match a previous bet within the round. Calling is often performed in order to determine the potential strength of weakness of another player’s position.

A bet occurs any time that a player places chips into the pot. Please keep in mind that this is known as the “big blind” during the first round.

Finally, players have the option to check if no one has placed a bet within the current round. In other words, no additional wager will be sent to the pot but the player will still have the opportunity to remain within the game. Checking is not possible during the first round due to the fact that players will need to match the big blind.

How to Play Omaha Poker: Useful Tips and Tricks

In order to win at Omaha Hold’em online, there are a handful of fundamental suggestions to keep in mind. Those who are just starting out should always play a tight game so that they will be able to make the nuts (the strongest possible hand) within a given round. A conservative approach is best when learning how to play Omaha poker.

Never become overcome by the allure of aces. Unlike some other card games, Omaha hold’em poker is not known for winning with pairs during the showdown. It is therefore a much better option to try to combine an ace with other face cards as opposed to holding out for the remaining aces that could (possibly) be in the deck.

Get used to swings when playing Omaha and avoid going into the tilt. Losses can and will occur. It is difficult to predict what may transpire between one round and the next. Keep a level head and always look at the bigger picture.

Learning Omaha hold’em rules is not necessarily difficult. However, it will still take time for your to develop a sound strategy, so always be patient.